Besides the famous Xiaomi Power Bank, Mi Phone and the Red Mi smart phone series, the Xiaomi Tech Company has also created and offer its own fitness tracker namely Mi Band. The Mi Band does not only track the walking and running steps of the wearers, it also can monitor any daily activities and sleep patterns while the wearers are sleeping. The fitness tracker by Xiaomi comes with IP67-rated tablet portion (dust and water resistant) housing the power efficient Bluetooth 4.0 chip, ADI accelerometer and a super thin 41mAh battery. The Mi Band also offers other several features including smart alarm and an incoming call vibration, among the others. Furthermore, the Mi Band which has a 30 days battery life on a single charge via a proprietary USB cable can also be used to automatically unlock the Xiaomi owner smart phones. 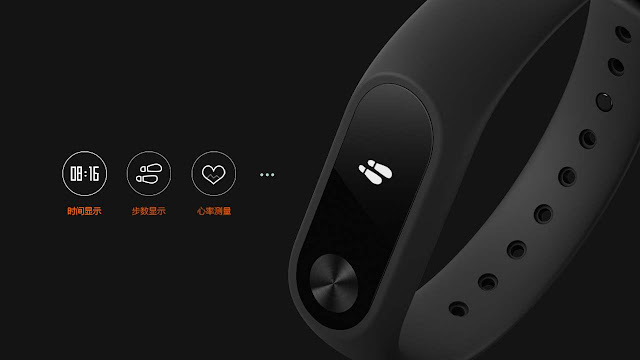 In term of design, it got no controls and no display but it sports a sleek design made of an oblong black plastic sensor module with three LEDs and an aluminium top on its outer face. Currently, the wearer can opt for the different colour silicon rubber wristband available in blue, green, black, and red, among the others or opt for the new light brown leather strap that comes with a traditional watch style clasp and an alloy case with shiny milled edges. Both the tracking module and band weigh around 13g which pretty comfortable to wear as it has considerable amount of adjustment holes which is also hypoallergenic (an anti-UV and anti-microbial properties) to accommodate most wrist sizes. Moreover, the fitness module on the silicon rubber wristband can be removed so the wearer can clean the band or swapping for another colours rubber band.

The Mi Band is compatible with any Android and iPhone devices with either Chinese or English language. It requires just a few quick steps to setting up the Mi Band which starts with downloading the apps on the Play Store or App Store and then signing up or created a new account with Xiaomi Inc. The Mi Band will then automatically search for the Mi Band via the Bluetooth and prompt the wearer to enter their personal vital stats including age, height, and weight. The wearer can also set up a daily fitness target for steps their aiming to take in the main page.

Once all essential set up are done, the main app page will start to provide information on steps taken by the wearer, how much calories that they had burned and distance they had travelled including any activities they had done that day. The wearer can also pick to choose the specific activities they wanted to do that day under Activities on the main app page. Furthermore, the wearers don’t have to carry around their phone for the Mi Band to track as it will automatically sync when the wearer is near to the Bluetooth range of the phone.

The wearer can check their progress without accessing the app by looking at the three activity LEDs where it will vibrate when the wearer has hit their goal. The Mi Band also offers their colours of LEDs to be customized by the wearer which consist of green, red, blue and orange.

The Mi Band as a whole is an affordable fitness tracker pricing at S$19.99 which is good for the starter who are primarily concern with their health and fitness. Despite the problems it has with the accuracy on certain activities, it has a long battery life for 30 days which compared to the others fitness trackers is more than enough for the wearer.